Summer is in full swing now and it’s chaotic here!  The boys have swim practice every weekday, a couple days are doubled up on practices (summer swim team and year round swim team).  I’m having trouble keeping my head above water.

I still manage to get to the gym 3-4 days a week and when we get home after the gym or swim practice and have a late lunch it’s nearly two in the afternoon.  We are all tired and cranky sometimes!

Despite all that craziness our kitchen has still been busy, perhaps adding to my fatigue.  Let’s start with the aforementioned swim schedule.  Between practices the boys need a snack so I keep busy packing snacks.  They also have meets two nights a week so I have to pack dinners too.  Here’s a glimpse of a few of the things I’ve been packing.  Luckily they only have one more night meet (that being said they still have City Meet this coming weekend and State Meet the next weekend).

The garden also keeps me busy.  While it is wonderful having fresh produce, it is quite a bit of work.  I don’t keep up with the weeding as well as I should but oh well!  The month started out squash/zucchini heavy and by the end of June we were getting more tomatoes, watermelon, eggplant, jalapenos and peperoncini.

The zucchini was overwhelming.  Despite sharing our bounty with friends I was still left with a lot.  I’ve baked zucchini bread, zucchini muffins, made zucchini butter and more.  Then I was at a loss as to what to do with the zucchini that may have escaped my eye for longer than they should have.  They were absolutely huge and too seedy to cook with.  I ended up shredding and making thin slices around the seeds.  I then dehydrated that, now I can look forward to zucchini in the dead of winter, still from our garden.

The boys have been enjoying the heirloom tomatoes on  BLT sandwiches.  They may be a bit addicted!  Cucumbers are made into salads often, alone or with tomatoes.  I’ve also made lots of jars of pickles.

Jack was very excited to pick the first watermelon.  He walked all around the garden holding it!  It was delicious as a fruit, I also pickled the rind.

The first weekend after school was out we went camping.  Everyone had fun and we found a great place to camp and observe the total solar eclipse in August.  We had jambalaya over the campfire, roasted marshmallows for smores and the grown ups enjoyed a pouch of wine.

The boys had a swim meet in Greenville so we stayed at my parents’ house for the weekend, just me and the boys since Josh couldn’t get off work early enough for the Friday afternoon session.  We had fun in the afternoon after the meet Saturday hitting all our favorite spots.  We got these goodies at Mud Dabbers (the boys are as addicted to pottery as me now, they picked out these items for themselves).  I also got a small pewter bowl from Underground Salvage (it’s in one of the garden haul photos, holding a bunch of grape tomatoes).

Finally I have this new cookbook, Eat Delicious by Dennis The Prescott.  It’s the cookbook I’ll be using all of July for my Instagram cookbook club.  Sean went through it at a swim meet and he has marked MANY recipes!  I’ll do my best to make several of them given our crazy schedule. 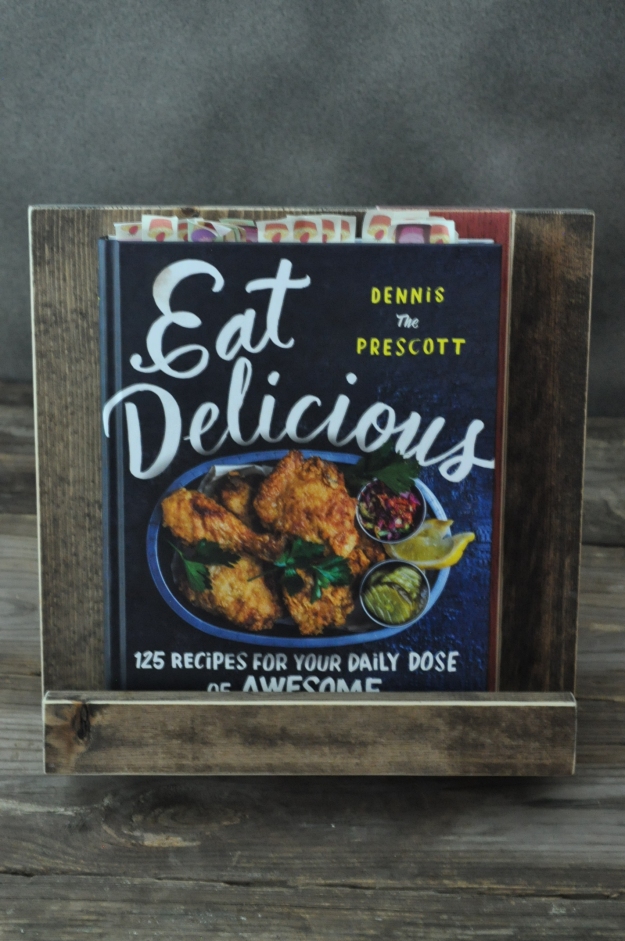 That sums up our month, or at least what I can remember of it!  Many thanks to Sherry over at Sherry’s Pickings for hosting this monthly roundup.  Click the link to see what is happening in kitchens across the globe.