Yesterday our middle son Ewan turned five. Time sure does fly! He was born on a Saturday, game day for Ohio State vs Michigan. The doctor scrambled to get a team together since Saturday c-sections are not normal….we got bumped from a Friday and I told him I really couldn’t wait any longer. Turns out Ewan was our “lightweight”, weighing under 10 pounds!

So anyway, life has been crazy this week. I have been busy with school activities and cooking and baking up a storm. Somehow none of it is making the blog. There just hasn’t been time to photograph anything. Despite all this madness we managed to party it up for Ewan’s birthday. We started the day with chocolate chip pancakes.

I started the cake and realized I didn’t have enough cocoa powder! That was the kind of day we were having! We took Ewan to school, stopped by the store and got the cocoa powder. Sean and I baked the cake. One layer was very lop sided, and I even rotated the pans which I never do! Time was short and it was already time to pick up Ewan (early) and head over to Jack’s school for his program and Thanksgiving feast. I took a veggie tray, sliced onions(talk about a smelly car) and a ginger snap crusted pumpkin cream thing in cups. 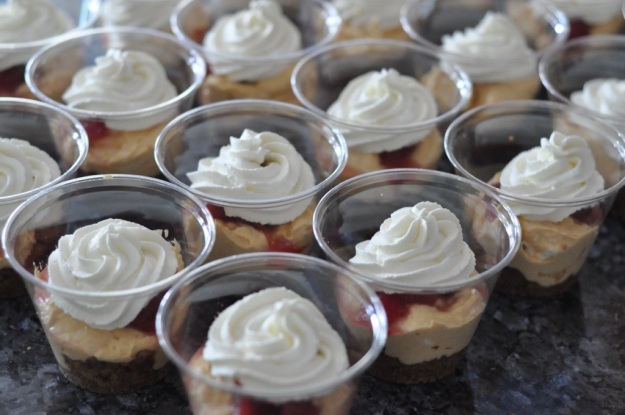 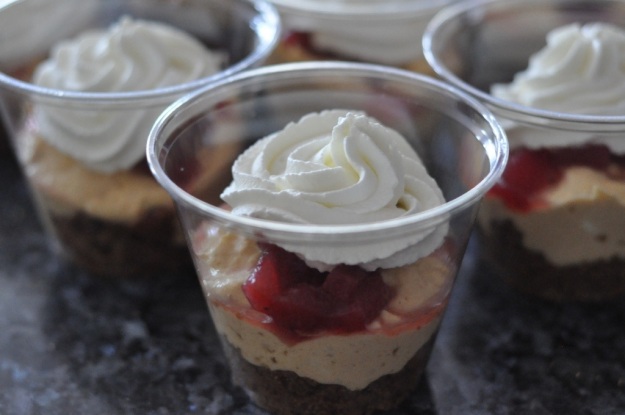 We hit the book fair at school, left Jack and headed home. Sean, Ewan and I made the peanut butter frosting for the cake. It looked like it wouldn’t be enough the cover it all, but I didn’t have enough supplies to make more. So I gave Ewan several choices and he came up with this…peanut butter frosting between all the layers and on top. Whipped cream piped on the outside between the layers. Not my best work, but he wanted it and it tasted divine.

We played football outside with Ewan’s new football and then it was time to get Jack at the bus stop. We all headed to Oma and Opa’s house since Ewan wanted to play football with Opa. We had a blast and then headed to dinner.

We ate at The Mamas and the Tapas. It is a new restaurant in town and we enjoyed it. We looked at the menu online and Ewan has been looking forward to the crab claw mac and cheese all week! We got lots of dishes and shared it all. We learned that Sean and Ewan like mussels! We also had hummus and pita, creole cakes, shrimp sliders, fried green tomato sandwiches, cocktails, beer and water (I think that was it, hard to remember with so much yummy food)! **Just remembered the shrimp and grits!

After dinner it was off to our house for presents and cake. Oma and I had hot tea with our cake and milk for the boys. Sean didn’t even have cake. He claimed to be full, but I think he was afraid to sit and leave Ewan’s new toys or he wouldn’t get another chance! 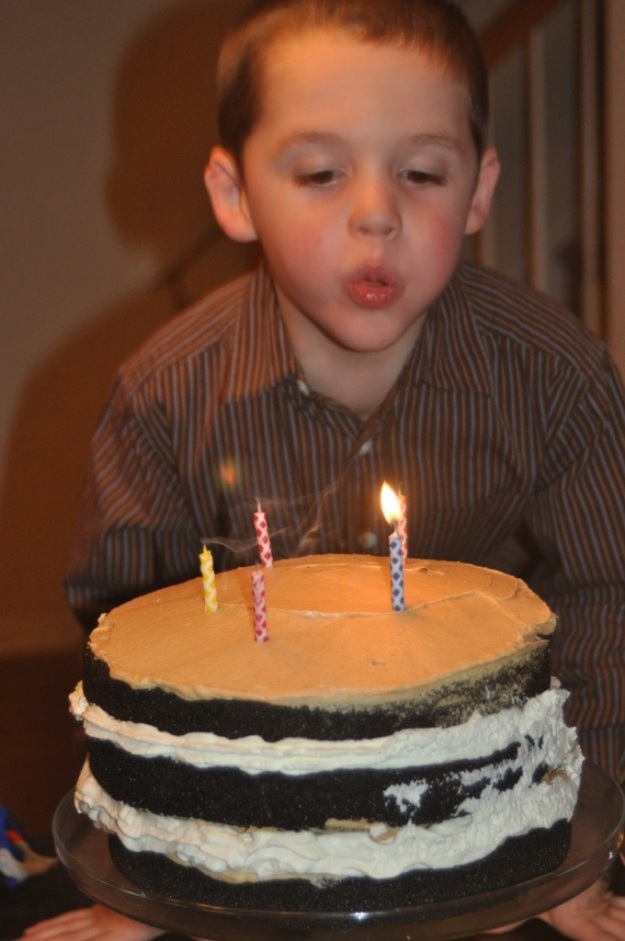 All in all a busy birthday for a five year old!

Oh yeah, Thursday Ewan took cinnamon brownie cupcakes with a pumpkin spice Hershey’s Kiss for his school treat. Another oven mishap….I baked two pans at the same time side by side, one burned and the other didn’t. I had to make another batch after the kids were in bed. I am now thinking my oven is cursed since Josh fixed it!

So there you have it. Ewan’s 5th birthday. He is our art lover and foodie.

** Sorry about the photo quality, but most of the pictures were taken before the sun rose or after it set in horrible lighting…or taken with a phone, or taken with absolutely no time and kids under foot!